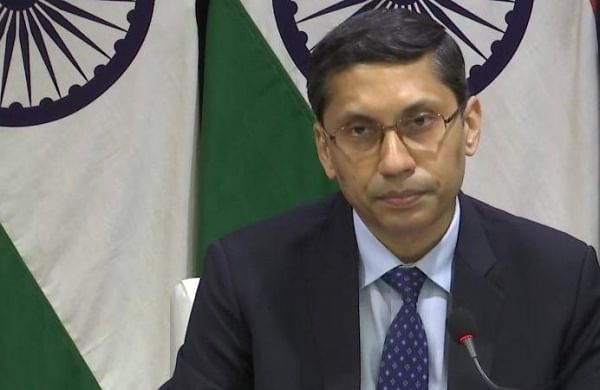 NEW DELHI: India helps the Afghan authorities and folks in realising their aspiration for a peaceable, democratic and affluent future, the Ministry of External Affairs mentioned on Thursday. Addressing a weekly briefing, Ministry of External Affairs spokesperson Arindam Bagchi mentioned India and Afghanistan bilateral relations are guided by a strategic settlement that was signed in October 2011.

When requested whether or not there was any plan to assist the Afghan navy amid the Taliban offensive, Bagchi mentioned: “India and Afghanistan bilateral relations are guided by a strategic agreement that was signed in October 2011.”

“As a contiguous neighbour, India supports the government and people in realising their aspiration for a peaceful democratic and prosperous future where the interests of all sections of Afghanistan and Afghan society include women and minority are protected,” he added.

Bagchi recalled that External Affairs minister S Jaishankar’s speech on the Afghan convention in Geneva, throughout which the minister reaffirmed India’s India’s long run dedication to the event of Afghanistan.

In the previous few weeks, Afghanistan has witnessed a surge in violence because the Taliban has intensified its offensive towards civilians and Afghan safety forces with the entire pullback of international forces only a few weeks away.

The Taliban now management about half of the 419 district centres in Afghanistan, and whereas they’ve but to seize any of the nation’s 34 provincial capitals, mentioned Gen. Mark Milley, chairman of the Joint Chiefs of Staff “As the Taliban seize more territory, the Afghan security forces are consolidating their positions to protect key population centres, including Kabul,” he mentioned.