Himachal Pradesh: Schools to open for Classes 10 to 12 from August 2 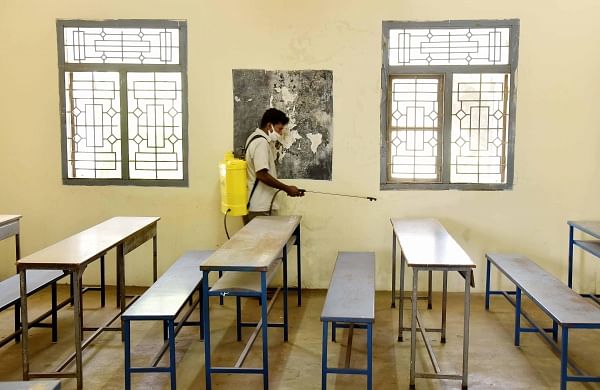 SHIMLA: The Himachal Pradesh authorities has allowed the opening of colleges for Classes 10 to 12 from August 2, in line with an official spokesperson.

The resolution was taken in a state Cabinet assembly chaired by Chief Minister Jai Ram Thakur right here on Thursday, he stated, including that college students of Classes 5 and eight might also go to colleges to clear their doubts about subjects.

The Cabinet additionally determined that teaching establishments will probably be allowed to operate from July 26 and should comply with customary working procedures issued within the wake of the coronavirus pandemic.

The Cabinet additionally gave nod to fill 100 posts of junior workplace assistant (IT) within the HP Secretariat by direct recruitment.

The Cabinet gave its consent to rename Government Senior Secondary School at Hatwar in Bilaspur district after Subedar Sanjeev Kumar, who was awarded Kriti Chakra posthumously for bravery.

Presentations had been additionally given earlier than the Cabinet on the Covid-19 scenario within the state and preparedness to deal with attainable third wave.